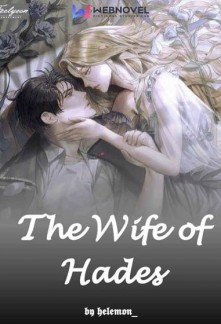 An Luxia opened her eyes.

It took a few seconds for her vision to focus on the man’s face a few inches above her. She sucked in a breath of cold air when their eyes met.

They stared at each other for several long seconds before An Luxia’s lips curled up into a small smile.

“What’s your name?” She asked sweetly.

The man furrowed his eyebrows in thought for a few seconds before he replied coldly, “Mo Han.”

Mo Han licked his lips and tilted his head slightly, leaning down a little more so the distance between them decreased, “27, 192 cm. . . businessman.”

There were a few seconds of silence before An Luxia pushed her head back further into the pillow and grinned, “Are you going to do something to me?”

Mo Han raised one eyebrow amusedly and blinked a few times, “. . . That is the plan.”

The next second, An Luxia had her arms wrapped around his neck, and with a quick press, Mo Han’s body was pulled down and their lips sealed together.

The temperature in the room rose as the two bodies on the bed entangled together.

An Luxia did not have any plans on marrying soon.

However, Mo Han’s appearance disrupted her original plan but also saved her from an unwanted marriage.

Unknowingly, An Luxia got herself entangled in a relationship with the King of the Underworld, the leader of the biggest and scariest underworld complex.

She thought it was her own luck to be able to find herself a handsome, young, rich, and powerful man.

However, little did she know that their fate had been sealed 19 years ago. Their marriage was nothing more than her fulfilling the promise she had made to him 19 years ago.

19 years ago may be the beginning, but this is a beginning with no end. Eternity is never-ending. . .