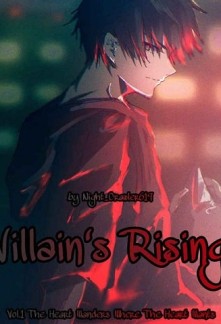 Working as a henchman for his childhood crush hasn't been great.

But Sam is a hopeless romantic. Even though she's a failed supervillain, he decided to work with her so that he can at least stay by her side.

Although things began to change when Kiara, his childhood crush, started developing feelings for a particular young man.

Now if it was just any other guy, he would've met with some unfortunate 'accident' already but the guy in question was none other than the son of the strongest superhero himself.

Starboy aka Anthony Willburn, the reason for all their failures up until now; and she decided to fall for THAT guy!?

Sam couldn't accept this absurdity and decided to ruin his love rival's life by embracing his destiny and rising as a supervillain himself.

Set in a distant future where only the chosen few are graced with superpowers, the story will mainly focus on the perspective of our protagonist as he will enroll in an academy of superheroes to get close to his love rival and find his weakness all the while maintaining his life as a supervillain.
---