Taming the Queen of Beasts 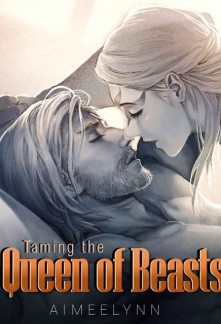 Taming the Queen of Beasts

Elreth is a Princess in the world of Anima—where humans can shift into the form of their animal ancestors. As the Lion King's daughter, Elreth breaks a thousand-year tradition when she challenges her father for dominance—and wins. But as the first known dominant Alpha Female, she faces a lonely, and dangerous Rule.

Aaryn, Elreth’s best friend, has always secretly loved her beauty, and her strength. But as a member of the wolf-tribe, and unable to shape-shift, he is not viewed as the right Mate for Anima's first Dominant Queen.

When events force Aaryn to admit his feelings, for the first time, Elreth's eyes are opened to Aaryn not just as a friend, but as a male--and her True Mate. But Aaryn also has secrets. Secrets spanning decades, that open Elreth's eyes to the threats against her people, and threaten to tear down the royal family, and the Anima as a whole.

Can love really conquer all? Can Elreth convince a prejudiced people to accept Aaryn as her mate before these secrets threaten not just her rule, but her life?

NOTE: This book is a spin-off in the KING OF BEASTS series, not a sequel. It can be read as a stand-alone story and does not contain significant spoilers.

Then, as he stared at her, his scent changed. Which only confused her more, until something flashed behind his eyes. Something she’d only ever seen in her father’s face when he was staring at her mother.

But that was crazy, why would—?

And suddenly, like a cub tumbling down a grassy hill to land on its feet, everything fell into place.

Her mouth dropped open. She blinked. And blinked again. And for the first time in a very long time, she looked at him.

Not at her confidante.

Not at her closest ally.

Not at the friend who’d been present for every major milestone in her life.

She looked at Aaryn. The male. The wolf.

She stared at his silver-white hair, that scattered over his ice-blue eyes, fixed on her, and created a barrier between them. She looked at the strength in his jaw, shadowed because of the late hour. She let her gaze drift down the cords of his neck, and his broad shoulders and the wide, smooth expanse of his chest that rose and fell rapidly. And she let herself remember the ladders of muscle that painted his torso—hidden by the white shirt he wore. She swallowed. She’d seen every inch of him at some point.

Rise of the Dark Alpha

Falling in Love with the King of Beasts