You're My Only Star 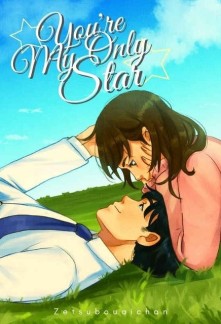 You're My Only Star

The first time she saw him, Song Xing Xing ran over a pole, injuring her head.

The second time she saw him, he had thought that she was a reporter, sneaking backstage to find materials on his artists.
The third time she saw him again, this man turned out to be her big boss!?

It was said that the rich and famous President Lu Xun of NEXT Group despised women.

Living in a glamorous world, surrounded by beautiful stars, he was someone who could never escape scandals with beautiful models, actresses, songstresses, and even heiress. However, those scandals would only stay a few hours before they died.

After encountering her big boss in a few awkward situations, Song Xing Xing discovered that this man was very different than what she had expected.

However, could someone tell her what is this man doing in her bed?