What if My Brother is Too Good? 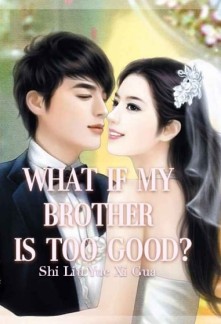 What if My Brother is Too Good?

In the novel “Forced Love”, the female supporting character Huo Wu was a fake princess who had occupied someone else’s position for 18 years.

And everything she possessed should have belonged to the female lead.

After an accident, Huo Wu’s real identity was completely exposed.

She and the female lead returned to their respective places but she was still regarded by the female lead as a nail in her eye and a thorn in her flesh and ultimately came to a miserable end.

After Huo Wu, a small 18th line celebrity transmigrated into the character of the same name in the book, she shivered.

The female lead’s fighting abilities are too strong, she really can’t afford to offend her.

In order to avoid the ending in the book, she held on tightly to her “brother’s” thigh in order to seek protection.

His golden thighs were exceptionally strong and this top rated “brother” was powerful to the point where there was nothing he couldn’t do.

How come she isn’t allowed to let go after holding onto him?

Huo Wu blinked her eyes, “Wouldn’t it be good if you were really my brother?”

Huo Yu Sen faintly refused, “No, I just want to be your man.”

My brother is too good to me, what should I do?

What else can you do? Of course you should be together.