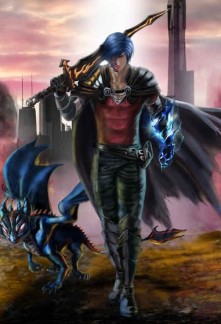 Hye lived his entire life without a class. After the apocalypse hit the human world, strange creatures invaded and killed humans while new lands were being added.

Systems were given to humans and with the help of the guides, humans started to fight back for their lives. All of this happened under the watch of the venerable beings who were shining stars in the sky; gods!
Hye dreamt his entire life of a chance to prove himself. He was a hard working, earnestly learning and smart youth. However, the apocalypse never was merciful to such humans at all.
Until one day he got a chance to go back in time, when everything started. At this new starting point, he found himself able to finally obtain what he wanted, a class for himself and power beyond imagination.
But will things be this easy for him?