To My Dear Mr. Huo 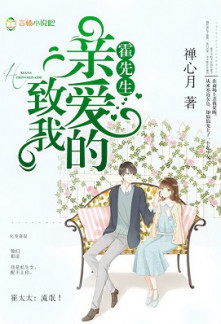 To My Dear Mr. Huo

The young master of the Huo Family was well-known in the Rong City. Having been brought up in a military, political, and business family, he was decisive in dealing with businesses, yet sexually continent as it was said. Nevertheless, he happened to fall in love with an illegitimate daughter.

The disgraceful illegitimate daughter had been detested by her whole family, but suddenly won the love of the young master of the Huo Family.

Since then, he turned into a “s*ave” of his wife and pampered her.

Mrs. Huo: “They say I am an illegitimate daughter, and totally out of your league.”

Master Huo: “Who has such a big mouth! I’m gonna sew it up!”

Mrs. Huo started circling on his chest with a finger, “They also say you’ll get tired of me sooner or later.”

Master Huo held his wife into his arms, proving his love to her with practical actions, “Nonsense! My wife’s body is soft and easy to be pushed down to bed, how come I will get tired of you!?”