The Village Girl Who Jinxes Her Husband Is Filthy Rich 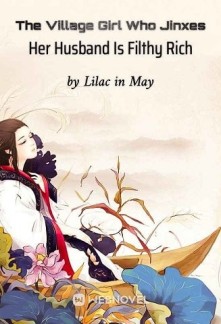 The Village Girl Who Jinxes Her Husband Is Filthy Rich

Lin Xinlan, who possessed both spatial and wood manipulation abilities, was betrayed by her boyfriend and best friend. They had drugged her and sent her to a laboratory to become a test specimen all for the sake of a month’s worth of food supply. Having suffered both physical and mental torture, she chose to self-destruct, taking the lab researchers down with her! When she woke up again, she found herself in another era as a twelve-year-old girl named Lin Yuelan.When Lin Yuelan was nine years old, a Taoist who had been begging for water asserted that she would grow up to jinx her husband! Rumors spread and the assertion of her jinxing her husband turned into jinxing her parents, to her relatives, then her friends, and eventually she was said to be a jinx of the world. Her grandparents, uncles, and awful relatives were terrified of being jinxed to death, so they resolutely severed ties with nine-year-old Lin Yuelan. They removed her from the family register and made her live on her own. Her foolish father had obeyed the clan’s wishes, her mother was a crying mess, and her siblings couldn’t do anything to help. Being separated from the family at nine years old, she was given a shabby and shaky little hut, one paddy field, and two dry fields as severance compensation. From then on, the Lin family had nothing to do with Lin Yuelan, and Lin Yuelan became a girl with no background. She warily reached the age of twelve, but accidentally offended the village’s bully. The bully’s comrade eventually beat her to death, and that allowed Lin Xinlan to transmigrate onto her.“I have spatial abilities, and the world will be mine! Watch as I, Lin Xinlan, command authority wherever I go, and become a supreme being!”