The Protagonists Are Murdered by Me 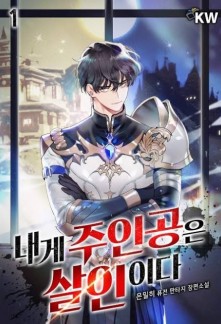 The Protagonists Are Murdered by Me

Regressor, Reincarnator, Possessor, Traveler, or Predestined. I will hunt down the protagonists that exist in the countless worlds and absorb their abilities.

The hero who will save the world.

The hero who currently has a hole through his chest!

With the Spirit of Earth, freed the Dwarfs and gained their trust.

Purified the contaminated Forest of Spirits and became the Fairies’ benefactor.

Resealed the Ancient Stone statues found in one of the ruins.

Exterminated the giant sea serpent that emerged from the sea.

Defeated the 47th Demon Lord of the underworld…

“Aside from assaults and murders there were other death related incidents as well as vandalism, arson, and etc…”

That was the protagonist.

But now, he has died by my hands.