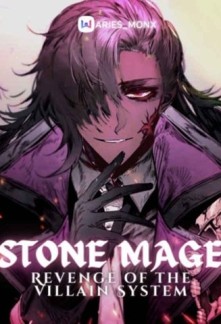 Min's system, System #151044, is tired of watching him get girls and make dumb decisions yet still manage to defeat the villain. If only he was the villain, there's no way Min would win.

After getting murdered and reincarnating as a system inside a Hero Transmigrating Machine, System #151044 spent thousands of years wondering why he had such a cruel fate to be a system for incompetent transmigrators like this.

Because Min Cheng spends all his Hero points on girls instead of leveling up! And he is the dumbest transmigrators he ever met!

But through a rogue system that gave them a code to free themselves from their roles as a system, System #151044 was able to transform into Min Cheng's enemy on the next world, Ronin Dreadborne, in a mage fantasy world!

[Fate itself is evil. The only true enemy is fate, and I have defeated it.]

[And I shall teach you how to defeat it too. I will be giving you the gift of freedom. ]

[Be the master of your fate like you were always meant to be. And conquer those who try to stand in your way.]

That is exactly what he did as Ronin, and to defeat an evil fate, you have to be evil yourself!

"I will be the best villain in all the dimensions! Watch out, Min Cheng! I'm coming for you!"