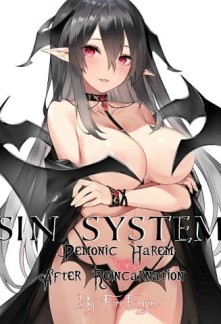 Reincarnating to find two beauties laying on his lap, Jake found out that he was a Demon Baron with no bloodline. Exiled from the Hell to the human world, Jake was left with a small dungeon and his two servants with almost no monsters under him.

Just when he thought things weren't good for him, he suddenly heard a female voice in his head.

"This is..." As Jake instinctively touched the dark disk that came in his sight, the disk started spinning and stopped five seconds later. He heard the system's voice again.

[Ding! Congratulations, you have unlocked the Sin of Lust.]