Picked Up A Husband For Farming 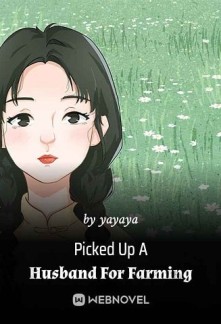 Picked Up A Husband For Farming

The miracle doctor, Xu Qing, accidentally fell into the water and died. When she opened her eyes again, she found herself having transmigrated into a farming novel. Then, she felt excruciating pain in the lower half of her body. Xu Qing looked down in disbelief. As a thirty-year-old unmarried single woman, she was in the midst of giving birth to a child! Staring at the three babies who were barely breathing, Xu Qing almost went mad. Why did she suddenly become a mother of three?

Her father exclaimed, “How dare you give birth to b*stard children before getting married?! We don’t have a daughter like you. Scram!” Before Xu Qing could even catch her breath after bearing children, she was chased out of the house by her father. Fortunately, her mother pitied her and secretly gave her an acre of land to aid in her survival. With no options left, Xu Qing picked up a hoe and started farming.

‘Hey, that unconscious mister over there, please die somewhere else! Don’t dirty my corn field!’ After dragging the unconscious man to a side, Xu Qing suddenly remembered that she needed help taking care of her children. This man would do!

Later on, Qiao Yanhui knelt down before his angry wife with an aggrieved look on his charming face. He had one child on each arm, and another clinging to his head. He looked up at Xu Qing pitifully. “Honey, it’s the effect of my family genes. I can’t control my genes from producing so many babies…” “Out! Get out now!” Xu Qing kicked him aside. Who knew that the man she picked up turned out to be the father of her children. Had she known, she would’ve left him to die in the corn field.