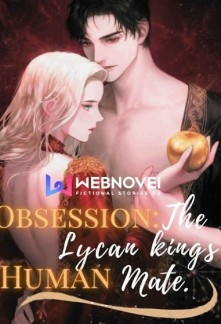 "You're pregnant!" She squealed, "Ah, young love. Don't worry. I will be with you every step of the way-"
Adeline tuned her out and was focusing on the pamphlets that were kept on the other side of the room. Those that had the options of pregnancies. She wanted those, she wanted to know what other options did she have.

"Can I have those?" she pointed to the papers and the doctor looked at them frowning.

The doctor glanced at them and disapproval crossed her face. "Why? You don't need them."
She was a wolf. Adeline realised. Shit.

The doctor gave her a tight-lipped smile. "Honey, you are in no state to leave but don't worry I will let your mate know and he will come here to pick you up."

"No need for that!" They both turned to the door and Noah stood there, her protector as he claimed. "I am here to pick her up." He grinned and his eyes narrowed, compelling the woman. "Let's go." He turned to Adeline who ran along as the woman stood frozen.

They walked out of the room and she palmed her belly. There was a life inside and now she had to choose.

The child or her?

But that is not all.
Throw in human sacrifices, vampires, siren, voodoo aunts and of course, every supernatural myth coming true.

Who was really going to protect her?