My Dungeon Life: Rise of the Slave Harem 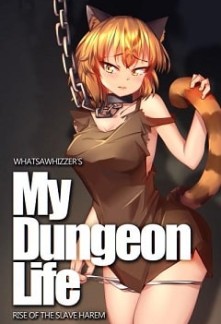 My Dungeon Life: Rise of the Slave Harem

Deek has never had success with the ladies. He’s poor, overweight, and generally unliked. Feeling like a burden on his mother, with his life going nowhere, he spends his days playing video games. However, when a mysterious game ends up in his bag, he is teleported to another world. The only way for a talentless slob like him to get by is to venture into dangerous dungeons for fame and money. Regrettably, Deek always preferred to play support roles, and in this case he picked White Mage. In a world with slavery, where he can purchase beautiful and powerful women as his allies, this might actually work.