Married To The Cruel Crown Prince 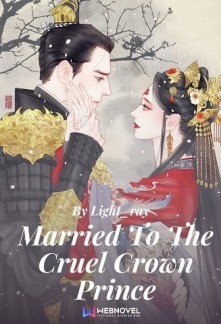 Married To The Cruel Crown Prince

Han Sheng Li is the Crown Prince of the Great Han kingdom. Since the age of fourteen, he mostly went to the wars with his father, Han Wenji, the great emperor of the Han Kingdom. He's the most favored child of his father but, is the cruelest and ruthless among all of his seven half brothers.

An-Ying Lili, who is known for her kindness and beauty, is the princess of Juyan City. She could not see her family die at the hands of Han Sheng Li so agreed with the marriage alliance which was put forward by the Emperor of Han.

“I heard you are the kindest woman in the entire Han Kingdom but, it seems opposite to me. You want me to die!!” The Crown Prince astonishingly said, keeping his icy gaze intact on the woman on his bed.

“Cruel people are not worthy of anyone’s kindness,” the Crown princess pronounced sternly.

The crown prince chuckled. “Kindest is the one who whimpers in pain. Are you ready for undergoing that pain with this cruel man?” Crown prince asked, slightly tilting his head, and a smirk formed on his lips.

Leaning closer to Ying Lili's ear, Sheng Li whispered, "Never expect love from this evil and cruel man. Feed this in your mind- 'You will never warm my bed.' Remember this memorable wedding night, my dear Crown Princess."