I Should Have Just Died 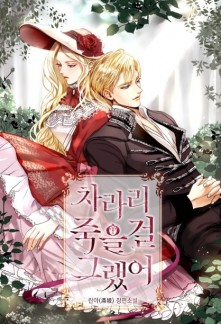 I Should Have Just Died

There was a woman. Born as an illegitimate child and raised under the strict control of the queen, her world was as small as a well.

There was a man. He was forced to marry a woman who was his brother’s political marriage partner. His world, which was infinitely wide, became smaller.

The woman’s original sin, and the man’s resentment. “I should have just died instead…”