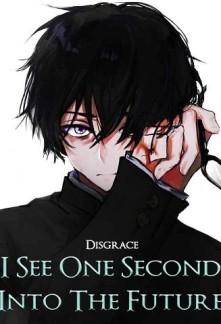 I will not die. Not for someone else.

For as long as Kairos could remember, he experienced things twice. Originally, Kairos believed that was completely normal. However, as he grew up, he realized that it was not nearly that simple.

Kairos would experience things one second before they happened. At first, he used it to avoid stubbing his toe or having a plate fall on his head. But as he got older, he realized that being too different from other people was essentially a sin.

And so, Kairos quickly covered his ability up and pretended to be a loner. He let himself get shoved around even when he knew he could avoid it, just to blend in with the crowd.

However, things weren't just left at that.

Along with his strange ability, Kairos always had dreams.

Dreams of a rising red sun.

At first, they were infrequent and more confusing than anything else. But as time went on, he had this same dream more frequently.

And it also became more terrifying.

Kairos would wake up in a cold sweat, not truly understanding why he was so afraid. That is, until one day.

When the red sun rose.

And the apocalypse descended.