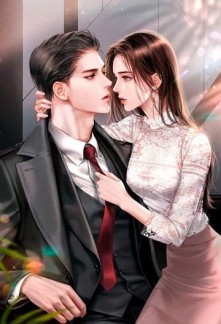 Married to someone we don't love will definitely feel like living in hell. Moreover, if the husband turns out to have a wife and children.

Soo Yin was just 18 years old when asked by her father to marry a man. The marriage is a form of gratitude because the man has helped their family to pay off quite a lot of debts to loan sharks.

Dae Hyun is a director at a five star hotel. His life is perfect because he has a model wife and a sweet son. Until one day Dae Hyun came across Kim Nam's family who were having a hard time. He helped him out of pity.

Unexpectedly, Kim Nam asked him to marry his only daughter. Without thinking Dae Hyun accepted his offer because this was expected by him.

Soo Yin is forced to accept the marriage for his father's sake. But unexpectedly, after a day of marriage, Soo Yin found out about Dae Hyun's status, who was already married. Soo Yin feels so angry that she finally decides to run away.

How is their story going? Will Soo Yin accept Dae Hyun as her husband?

Follow the full story which will be contained in the following chapters in detail.