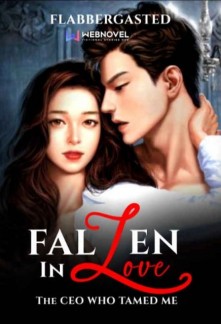 "I love you. I love you for the person that I knew yesterday, for the one I know today and for the one I will know tomorrow. Not even the secrets you are hiding from me can ever change that,"
....

"Yang Zi, tell me, what do I have to do to win your heart?" Yifeng asked, still gasping for air. Yang Zi laughed weirdly when she heard his question.

"Which heart do you want to win when I don't even have one?" Yang Zi chuckled.

"You don't have a heart?" Yifeng asked a bit taken aback by her words.
"Why did you say that? I once thought I didn't have a heart, but I realised recently that I was only deluding myself with such lies to cover up how I really feel. Anyone who says that they don't have a heart is a dead being because even a demon or monster has a heart. Anyone who can feel pain or happiness possesses a heart so you can't scare me away with your words," Li Yifeng responded firmly.

"Maybe you do, but I don't," Yang Zi said unwaveringly before she stood up and walked away.
....

What happens when a sweet Secretary in the morning becomes a cold-blooded lady in the veil of the night?
____

After watching her sister die, a vengeful woman vowed to take her revenge against the people who killed her sister.
To do that, she has to change her identity and assume the name, Yang Zi and get into a fake relationship with the mastermind of her sister's murder. However, will she get the justice her sister deserve first? Or will her heart waver and fall in love?

Enter Li Yifeng, a hot-tempered man and the CEO of the company Yang Zi works at. The two of them were like fire and water. They hated each other to the point that they would rather not be around each other. But what if Li Yifeng finds out that deep inside her, Yang Zi experienced a past that made her turn into a vicious woman? And what if he was already falling for her?