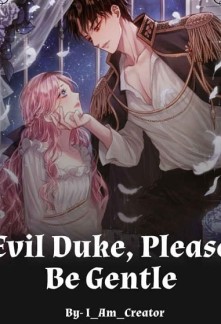 His whole life turned into a joke, when Leonardo Thawyne the proud son of Duke William Thawyne, came to know that he was not the real son but a swapped kid. And now to save his inheritance he would have to marry the real heiress.

Evangeline Rossador, a simple music teacher from a town, was content with teaching music to kids and having a garden in her home. But her whole life turned upside down when she was announced as betrothed to infamous cruel duke Leonardo as her father's last wish before dying.
They both were hardly accepting the fact that they were bound in a forced marriage when life played another game and she found herself standing in front of her died father.
Soon more deaths started to occur and they both find themselves standing in mid of many misunderstandings and conflicts.
How would this chaos be solved? And would they be able to find love in this politically enforced marriage?
“I asked what were you doing there?” she glared back at the roaring man who was trying to show his rights to her.
“I was dancing with the Earl Nickolas,” she replied, looking back in his eyes.
“Theodore go and bring the fingers of Earl who has dared to touch what is mine.” came the reply with an evil smirk.
“Now tell me, my dear wife,” he whispered as he came close to her, “which part of your body have he actually touched?