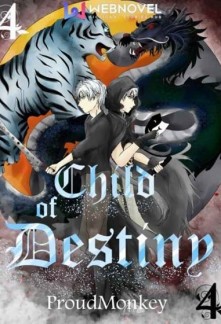 Shin Kinghad is a kid that had been abducted and trained by a powerful underworld organization since he was three years old. After six years, he had been rescued by the Special Forces during their operation against that organization and was adopted by the captain of the special force group.

Since then, he treated the son and daughter of the captain as his own brother and sister.

Years later, he joins the greatest VRMMORPG of all time, [Destiny's Fate] online, due to repeated invitations of his brother. He creates havoc inside the game as he climbs his way from being a beginner player to a peak class expert.

But as he started to grow up, he became curious about his real identity and who his biological parents were. He tried to investigate it with the help of his brother and best friend. And after discovering his real background, he decided to follow his father’s footsteps and stood at the peak of the world using his Martial-Art Skills and Mentalism Techniques.