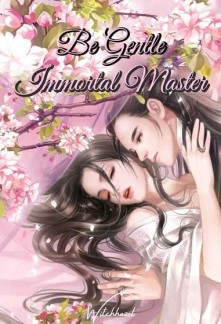 "Master, are we going to keep what happened last night a secret between us?"

"For how loud you moaned and cried, Qing-er, I think the whole world has already learned all about it, and your concern is irrelevant."

Yun Qing-er, the only disciple of the legendary immortal swordmaster Bai Ye, has been hiding her feelings for her master for years. Unaccepted by norms and morals, it is the darkest secret that she swears to bury deep within her heart.

But life has other plans. Bai Ye's desire for her burns hot beneath his solemn appearance. He will teach her not only the art of the sword, but also the pleasures of life that she never knew existed before.

Smut starts at Chapter 17, with a teaser in Chapter 11. A bit softcore at first but will get wilder quickly as the story moves on :)

Note that this is 99% romance and 1% eastern fantasy. Immortals and cultivation and whatnot are all plot devices… You'll see what I mean in just a few chapters!

I stumbled when he closed the distance between us, his gaze an intense darkness like the moonless midnight sky. He reached for me and lifted my chin with his forefinger.

"You know it." His voice was an unfamiliar rasp. "You've never wanted power. You wanted me."

The fire that lurked in me all day blazed, burning at his touch, roaring through my body in an irresistible, unstoppable sweep. He leaned in, and I gasped as his finger glided up my chin and grazed over my lips, forcing them to part. "How will you have me?" he whispered.