A Highest Rank in Another World! 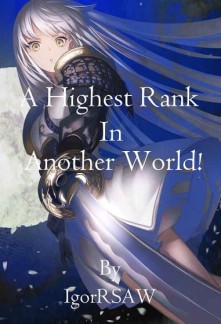 A Highest Rank in Another World!

Lucio, a powerful adventurer. At 36 years old, he was already an S-RANK adventurer.

There were some friends too, but unfortunately, his friends were the ones who brought his death.

A goddess who was watching her death thought this.

'I think I should give him another chance. ' Or something like that.

Lucio, who found himself in a blank space, looking at a beautiful woman, received the news that he had died.

Furthermore, he also discovered his own Status because the goddess showed it to him. Are the numbers not too high?

"You were an S-RANK adventurer... Of course, the numbers would be high."

"And now that you know of the existence of this Status, I'm going to send you to another world, okay?"

"Don't worry, I'll explain it better in the future."

And so he was reincarnated as Noah.

A boy with a loving family and an overprotective mother.

Also, he had a maid who seems to be in love with him.

His life started well until the new information turned his life into hell.