Why Did I Become the Villainess? 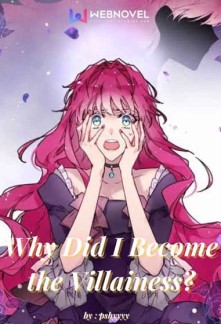 Why Did I Become the Villainess?

Ysavel, a striving author suddenly wakes up inside her own novel. She thought it's those typical transmigration story she have read. However, she was shocked when she realized she becomes the villainess of the story.

"DON'T TELL ME I BECOME THE VILLAINESS OF MY OWN STORY?!"

And the only thing she could do to return to the real world is to live as the villainess. At first she thought it was fine until the characters started to act not accordingly to the script.

"I don't want another Queen. I want you to be my only Queen, Csille." Prince Fraser whispered.

The male lead who is supposed to get irritated with her non stop bugging becomes clingy to her.

"It's inevitable, Lady Lauretré. You will still be the Queen, so I don't see any wrong with what I said. Also, I don't think the King or even the Crown Prince will like to change their minds about your engagement."

What should she do? She couldn't get back to the real world if she didn't finished the story as the villainess. But how can she finished it if the two leads are not following the script? Help!!!