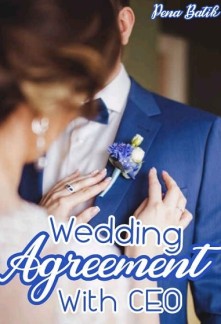 Ellena Patricia Lubis, a 22-year-old woman who is often called Elle, has to live her life in the capital. The family's economic situation worsened after a car accident that claimed her father's life, forcing her to continue to struggle to find money to pay off her father's debts to moneylenders.

One day, because she didn't want to be late for work, Elle left in a hurry using an automatic motorbike belonging to Filia Vallencia, her boarding house friend. However, unfortunately. That morning, she accidentally hit a luxury car that was speeding from another direction, causing her and the motorbike she was driving to lose control and cause an accident. She hit the car and the car was badly damaged.

Ironically, the owner of the car is Lucas Ryszard Fidell, a young executive whose name is already worldwide, and the sole heir to the owner of the largest industrial company in Indonesia who is none other than the CEO of the company where Elle works.

It has fallen down the stairs too, that's how Ellena's life is quite suffocating. The accident actually brought new problems for her, where Lucas asked for compensation for the damage to his car with a very fantastic nominal, so of course Elle couldn't fulfill it, who only worked as an ordinary employee with a very mediocre salary.

"If you really can't make amends, you have to do one thing for me," he said.

"What is it? I promise I will," Ellena replied a little enthusiastically.

How will their story continue?
Will Elle accept Lucas' offer?