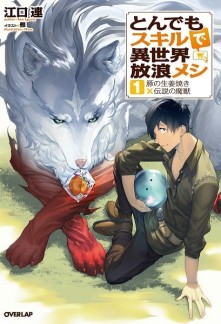 I, Mukouda Tsuyoshi, was caught up in a summoning circle into a different world where sword and magical skills are the norm.

However, when the summoners cast ‘Status Appraisal’ on us, the three other people who were summoned with me had [Heroes from Another World] in the occupation box, whereas I was the [Random Guy Caught Up in the Summoning Spell].

As for our ‘Skill Set’, the three Heroes had outrageous sounding skills rolling after their names like [Holy Sword Technique], [Holy Spear Technique] and [Sacred Magic].

In fact, I too have a skill you know? My one skill is called… [Net Super]…

Because it’s clearly not a combat skill, I am automatically treated like garbage.

Furthermore, the King of the country who had summoned us looked really shady.

As a veteran lightnovel reader, I can read the atmosphere well enough to come to the conclusion that ‘This is a bad world to be summoned into’.

Thus, it is decided. No matter what, I must get out of this castle as soon as possible and escape from this rotten country!