The True Young Miss Is A Spoiled Boss 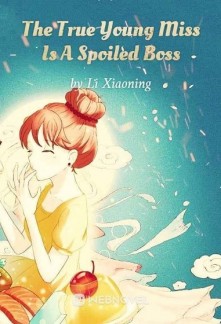 The True Young Miss Is A Spoiled Boss

The little princess of the Huo family, one of the wealthiest families, was mistakenly switched out nineteen years ago! The fake heiress is well-educated, talented, and doted on, while the real heiress is an uncontrollable girl who loves to fight, has a strange personality, and had dropped out of school very early…

In her previous life, Xing Jiuan’s biological parents found her and brought her home at the age of nineteen. However, the fake heiress, Huo Chulan, still seemed to be the one-and-only young miss of the family while she was hidden away in the shadows.

Xing Jiuan spent her twenty-first birthday alone. She was ignored and disliked by her real family. She stepped out of her house for the first time after a long while to see the world. However, she ended up dead by the roadside.

After her rebirth, she is once again standing at the door, staring at her biological parents and two elder brothers. But this time, she says coldly, "I don't need a family."

Surprisingly, the Huo family starts to shower her with limitless adoration.

Everyone says that the Huo family is penny wise and pound foolish as they retained the incompetent real heiress of their family and chased the well-rounded fake heiress out the door. However, only Xing Jiuan's parents and elder brothers knew that Jiuan is the family member that deserves their love the most.