The Tales of a Blessed Daughter 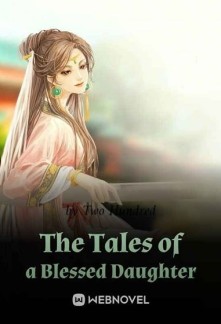 The Tales of a Blessed Daughter

Su Yan was reborn and returned to the day she was betrothed!

In her previous life, her grandfather had been accused of colluding with the enemy and treason. After he unjustly died in prison, the Su Family's eldest branch fell from grace. The Su Family's second branch swooped in and seized control, and her cousin snatched her fiancé away. The same cousin also plotted to marry her off to the Prince of Guangping, whose days were numbered.

It was only when she was slandered by her cousin for climbing into her former fiancé's bed, accused of incest, and beaten to death by the Old Madam of the Prince's mansion, that she found out that the entire eldest branch of the Su family had long been exterminated!

Su Yan wanted to change everything in this life!

The vicious cousin said, "Sister, on the day of my wedding with Brother Lingyu, you must come!"

Su Yan smiled. "Of course. I'm engaged to the Prince of Guangping. If you marry his nephew, you'll have to call me aunt. I'm still waiting for you to serve me tea!"

Scumbag ex-fiancé said, "Su Yan, you're both daughters of the Su family. Your sister is gentle and kind, but you're so evil!"

Su Yan sneered. "I have something even more vicious. Do you want to try it?"

Su Yan had especially found Soul Returning Pills to give to her future husband. She wanted to cure Prince Guangping, who also happened to be her childhood savior!

However, is this medicine not too effective? He had just taken it and it was already able to restore a man who had injured his body to its original state?

Looking at the man who was undressing in front of her, Su Yan stuttered, "Prince, what… what are you doing?"

The prince said, “Madam, of course, I want you to see the effects!”

The next day, Su Yan held her aching waist.

Gu Ruoyun: He has a cold personality and likes small animals. He often treats Su Yan like a little rabbit and is soft-hearted.