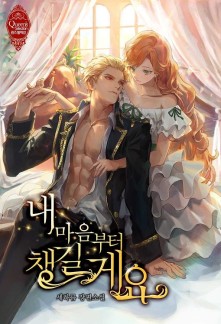 It’s been 11 years since I’ve lived for others and not for me.

The moment I cried out wanting to get away from my exhausting life, I opened my eyes in the body of some Count’s 20-year-old daughter.

Since this happened, I decided to live my life freely as a single woman.

“I need a lady to act as my fake wife for a certain period of time.”

“The term is one year. When the time is up, I’ll give you divorce with no strings attached.”

The Duke of the Empire whom I had happened to meet at a ball was hitting on me.

Turns out he’s no other than the Emperor’s beloved brother, Duke Scade!

Hold on, it’s just going to end in a clean divorce with no strings attached?

“You should also give me alimony. Give me one of the best lands of the Ducal household with 10 years’ worth of profit.”

“If you don’t want to do that, then we cannot get married.”

This time I’m going to live a life taking care of the things I need first!

“I’ll escort you since it’s late.”

Where to? My bedroom is just around the corner.

“Did you just look at that man?”

Excuse me, Duke, you said it’s for a limited time only, so why do you keep obsessing over me?