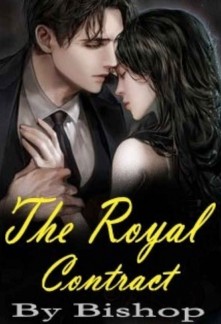 They thought that their unexpected encounter was an isolated incident. However, fate had something else in mind.

As they found each other, back in each other’s arms. Not in a passionate embrace, but with a contract that would bind them for a long time. An agreement they were both bond to honor.

Daniella Hamilton was an heiress who wanted nothing to do with her father and her inheritance. She pursued her career to become a lawyer for the masses who could not defend themselves from the injustice in their current judicial system.

Alexander Princeton, as the name suggested, was a possible heir, next in line to his father, the Duke of the Blackstone House. He also wanted nothing to do with the title or the prestige of the dying Royal Empire. To him, wealth was the real power.

Would their agreement lead them to the fulfillment of their dreams or would it end up in a disastrous union?