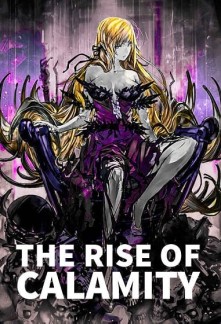 Atlas Adler is a pathetic man in his thirties living on a dead-end job where he is looked down on with animosity, a house in the slums, and a ‘family’ that could not give a single shred of care to him.

Yet, he had not ended his miserable life yet, a miserable life that had started the day his mother had tragically died from a mysterious illness. He watched his father go on to marry another woman and live happily with her while completely ignoring his existence. He was tortured, mentally broken, and filled with nothing but hatred from the age of 7. Every day he would point the gun to his head to end his misery, yet his finger not to move.

However, when he finally pulled the trigger, he found himself opening his eyes once again. This time though, he was in the body of a newborn. He was spawned into a medieval world, a new world where he can start over as just another child with a dream, a new world where can live a perfect life...

Yet unbeknownst to him, A small black and Violet flame flickered within his soul, getting larger and waiting patiently for the day it would be set free to devour and destroy everything within its path.

Author’s note-
Warning! Yes, the mc does become a female when he reincarnates but he still has a sexual preference towards females which is why the novel has the Yuri tag.

This is my first novel so please try to overlook and small mistakes. it would be nice for some constructive criticism so that I can improve this novel as well as my skills.