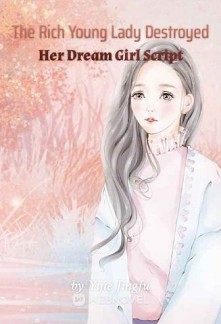 Yan Xi was the eldest young lady of the Yan family, the head of Beiqiao City’s top four aristocratic families. Despite her astonishing talents, she was sick and destined to die young. She was an unattainable dream girl for many.

She had a dream one day and dreamt that she was in a novel. In the novel, her father adopted a girl named Chen Xiangxiang who looked just like her to alleviate his pain of losing his wife, and soon his daughter.
The girl was as docile as a deer and spending time with her was very therapeutic, which made her all the more lovable. This girl became her substitute, and after a series of heart-wrenching incidents, everyone —ranging from her father and her brother to her fiance and her friends— doted on this girl.
Meanwhile, Yan Xi fought against the girl in every aspect, and she eventually became the evil second female lead. In the end, she was despised and hated by everyone. After having sulfuric acid splashed onto her face and ended up disfigured, she jumped from a building and fell to her death. After her death, she left a large inheritance which was inherited by the girl.
Yan Xi, who used to not care about dying because she regretted not being able to save her mother, did not want to die anymore.
She destroyed her dream girl script and decided to stay away from the lunatics around her. At the same time, she decided to live her life well with the intent of stopping anyone who lays their eyes on her assets while she reveals her hidden identities, one by one, and destroys the trash she encounters.
During the process, she happened to protect a good-looking young man who was cold and upright. Turns out, he's a big boss with many hidden identities too?