The Real Missy is a Worldwide Known Cool Woman 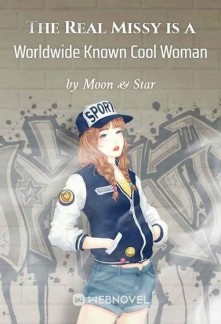 The Real Missy is a Worldwide Known Cool Woman

The lost daughter of the Liu family, Liu Feng, has been found. The whole family looks down on her.

Liu Feng only had a small house in the countryside. She had a poor widow's mother and a stingy brother. She usually lived by herself doing small business.

When Liu Feng was brought back, everyone was laughing at him.

"She's far worse than her younger sister. Does she really think she's the eldest daughter? She's just a scapegoat."

"She's just a poor girl from the countryside. She should be laughing to death to be able to marry a young master from a Lower Nine Flows Family!”

However, Liu Feng's series of actions stunned everyone.

Her so-called widowed mother was actually a famous lady in Paris, and millions of people would go crazy just to see her.

Her so-called stingy brother was actually the chairman of a corporation with hundreds of millions of contracts. He held the power of life and death.

The small house that she called home was actually the best villa in Washington. The property rights were all under her name.

What she meant by doing a small business was actually investing in stocks, and she was the new stock god with a net worth of 100 billion…

Everyone: "Where's the girl from the countryside?!"

After Liu Feng broke off the engagement.

Everyone questioned, "She definitely won't be able to get married!"

Everyone gritted their teeth. "She definitely won't have a happy marriage!"

Liu Feng was someone that Third Young Master Gu treasured.

Everyone was in despair. "She will definitely not receive Third Young Master Gu's care!"

She was a supreme prodigy, and he just so happened to be her match.