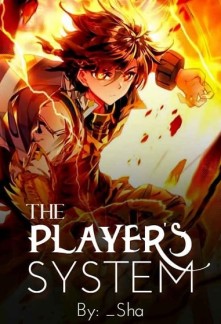 Gaming is the only common interest. People are steering through the worlds of advance gaming, the competition is never-ending. Only a few games managed to make their mark among billions of users. There was no doubt that those games worth spending time on. The desire to be the ultimate number one raged a cold war and fired the temperature through the roof. Consequently, leading to browbeating and leg pulling.

The game 'Sovereign Ruler' was definitely a crowd favourite. The game aided the increment in the gross rate of the company. Patina Lin and Jake Lin, both siblings, played this game. Patina, the most celebrated player of the game, earned money in various live quests. Jake, unfortunately, couldn't play like an average player let alone a pro one. Because his right hand was defected by birth.

He was sure that he would never be able to become a pro like his older sibling. But then, sadly, Patina Lin committed suicide.

Jake Lin was left all alone in the world to fight away the conspiracies and bullying.

After submitting the missing report he got himself in massive car accident. He was thrown away by the almost fatal accident but surprisingly he made it alive. A voice welcomed him "Hello Defected Human" upon waking. He looked for the origin of the voice but it didn't belong to the outer world rather it came from his own head.