The Male Main's Uncle Is Openly Obsessed With Me 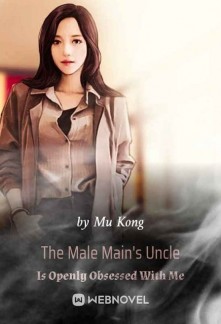 The Male Main's Uncle Is Openly Obsessed With Me

It was only after Su Yayan's death that she realized that she was a malicious cannon fodder female character who became a scapegoat in a Mary Sue story.

After an unexpected rebirth, Su Yayan kicked her scumbag boyfriend and his mistress aside and locked her arms around the guardian-like man that she missed out on in her previous life.

Everyone in the capital's upper-class circle knew that the youngest Young Master Huo was a cold-blooded tyrant who did not care about his family.

Until one day, he forgot to hide his identity and logged in as himself before joining his wife's live stream. Then, he showered his wife with confessions of love during the live stream.

"My wifey's cooking is the best in the world. All objections denied!"

"My wifey is beautiful, valiant, and talented. She's the most beautiful budding star in the live streaming industry!"

"My wifey…" (Omitted thousands of words praising his wife.)

Su Yayan was speechless. "Hubby, did you grow up eating cuteness for meals?"

The audience, "…" What happened to be cold and heartless? Boss, you're breaking your character setting here!