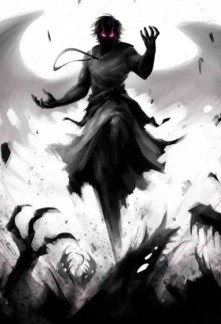 It was not darkness like the days before. Mack could see himself, but apart from him, he could see nothing else.

And just like that, Mack stood there gazing at the nothingness. His eyes started to fade, and he found himself thinking of why he was there. He didn't care. He could not care less.

But just as he was waving between the reasons he was there, he snapped out of the trance.

"These tricks will not work with me anymore."

"I am alone in this world, but I will never stop moving forward."

Said Mack, regaining the colors in his eyes and taking a step forward.