The Hidden Wife Of The Cold CEO 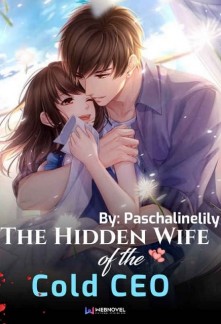 The Hidden Wife Of The Cold CEO

What happens when a Powerful CEO in the Fashion World is forced to marry a woman from a lowly family, compared to his high-esteemed family background, against his wish?

Fu Hua, a well-known name in the fashion industry is forced to get married to a woman by the name, Jia Li, who was far below his level by his Grandfather, who nobody in his family dared to go against, including him.
Fu Hua had a girlfriend who he met in his college days. She was his first love, and he promised to marry her without knowing his Grandfather would be the one to decide his marriage because everybody forgot about that fact.
Because his Marriage to Jia Li caused him to hurt his first love, he hated her and refused to bring her to the limelight.
When Jia Li got married to Fu Hua, she didn't have her husband's love, nor his Parent's support, only the Old Man.

But what happens when she consummates her marriage with Fu Hua and gives him a little bun in return? What happens When her Husband discovers her hidden talent? Will he slowly start to fall for her?

Read this intriguing novel to find out all the answers you have to your hidden questions...