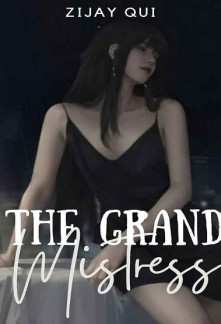 Simione needed to become a mistress. Not just another rich man's mistress, but M Conglomerate's President, Hawk Monsanto's. Truth was, the young billionaire does not interest Simione of any sort nor was his very attractive gorgeous looks concerned her. She just needed him for one thing, his fiancée Feather Han, owed her big time and that ballerina bitch had to pay with the most precious thing Simione desired, her broken heart.

Hawk Monsanto rose to the top for one reason; he wanted to be the perfect match for the Han Scintillait's heiress. When he thought it was the right time to get what his heart desired, he willingly bleeds millions just to arrange a wedding engagement. However, whether it was work of fate or work of an evil seductress, he stumbled upon a rare beauty that he cannot set his eyes off. And before his money and rationality could ever warn him, Hawk had fallen into something his billions cannot buy.

"Who are you?" Hawk managed to ask between his ragged breath.

"That depends on who you want me to be," The girl uttered and for the first time, Hawk saw her upturned honey-colored eyes. Looking into it was like drowning yourself into something magical, something hypnotizing and very much irresistible that when the girl tiptoed to meet his lips, he willingly lowered his head to welcome her. And he was right there, opening his mouth for her—warm and wet—giving everything he must give and was kissing her back with equal ardor. The girl wrapped her arms around his neck, and he responded by pressing the girl's body closer, the fiancee forgotten.

However, when Hawk was at the point of wanting more, the girl pulled away and Hawk opened his eyes bewildered onto her sudden retreat. He was gasping for air and would very much like to pull her back to finish the bliss she had started. But she only smiled at him, feeling very empowered by the fact that the M Conglomerate's President had already fallen into her trap.

"What's the matter?" He asked, confused as to what made her stop.

"Nothing," Her smile widened a little more, making her face bright and goddess-like and Hawk became more defenseless with that. "It's just that I only want you to have a free taste. The next of course comes with a big price"