The Flower of Separation 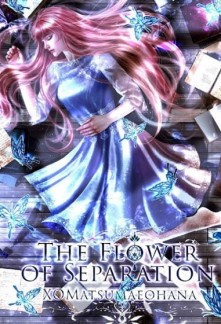 The Flower of Separation

On one side of the story we have the good empress, and on the other side we have the evil general. Two girls born with a similar power, and yet there is differences. One is the power that will bring peace and hope, the other will bring about destruction.

Two girls born with similar abilities and yet each take a different path.

"I will become the Empress."

"I will never be the Empress."

The death of the First Empress destroyed the once peaceful and beautiful lands of the Empire. Twenty five years after her mysterious death, the people of Empire the people welcome a new Empress.

But with the forces of the former empress fraction still active and the dark shadows of the empire.

How long until this Empress falls? Or will she be the one to change the state of the Empire? There is a rumoured general who does not submit to anybody.

"In order to obtain my loyalty, you must win this game. The moment you show weakness, I will kill you with my own hands."

"Now shall we play this game Empress?"