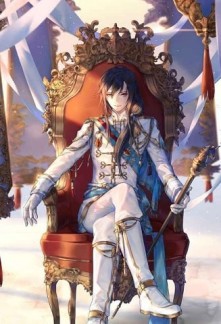 Everyone takes fancy to reading a novel and wished to have time to relive in the world of their favourite novel.

But what happens if their wish comes to be true?

Is reincarnation as easy as it sounds? Is the person who reincarnated can really change the world to his or her wishes and can survive easily in the world he or she reincarnated into while in their previous world, they were just simple people with no power.

This is the story of a boy who died only to reincarnate into a novel he had read 'Dawn of legends'.

Unlike in another story, he had reincarnated into an extra who is just cannon fodder in the novels who are just present to be used by the Villains and Protagonists to achieve their goals.

At first, he was in despair, shocked and confused about what to do. He racked his mind and tried to survive in this harsh world. He was in a pinch whether to stay low key or use his future knowledge to get stronger or befriend the protagonist.

But will everything occur according to his plans? Will the future event follow the same route as described in the novel? Can he overcome all the crises that are about to happen in the future with the future knowledge?

Does the world have other plans for him? Is his reincarnation is just a coincidence or does someone or some other forces have a role in it?

It is the tale of a simple boy, a boy who is not like other reincarnated who adapt to this world from the very first day and established their dominance, rather it is the tale of the boy who rises and climbs higher, step by step.

Accompany Lucas on his journey, who is armed with future knowledge and the help of his system traverses the obstacles in his path while fighting against the dangers of the world which is both, similar and dissimilar to what he once knew,and find out the mystery behind his reincarnation.

The Imbecile Lord Is Married to Five Beautiful Goddess