The Entire Mankind is Acting As Me, I Shall Secretly Build a Battleship and Shock the World 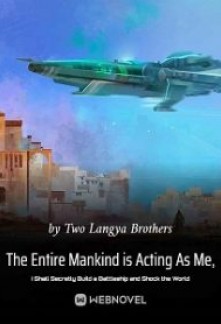 The Entire Mankind is Acting As Me, I Shall Secretly Build a Battleship and Shock the World

“The world’s top ten conglomerates had joined forces to create a programme where the crew had quietly evacuated all the people from a city, leaving behind only Raymond and his family, who were kept in the dark. Their purpose was to see this child, who had emerged from the slums of America, get humiliated. The whole world wanted to see this young man named Raymond make a fool of himself, and through what Raymond had done, and all of his doings, they wanted to decry the poor for being short of ambitions. Early the next morning, the show officially began. When Raymond noticed that the world outside was overly and strangely quiet, and when he had determined that all of humanity had disappeared. Just then, the survival aid system was activated, and the system notified Raymond: In a month’s time, there will be a huge meteorite hitting the planet, and it is going to cause great destruction.

Raymond: What the hell??? Then what should he do?
The System responded: I’ll help you build a space battleship so that you can escape from Earth!
“”Oh my God, he has single-handedly created the Heavenly Eye System, and he is even thinking of creating nuclear-powered engines…”””