The Devil who devoured Snow White 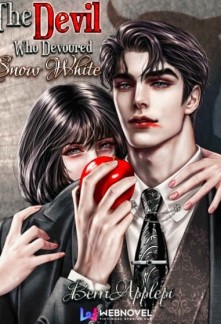 The Devil who devoured Snow White

When she woke up, her nightmares began.

After a tragic accident, Lu Mengjie woke up with no memory of who she was, unable to recognize the people around her as well. Without her memories to guide her, she was like a blank canvas... that was until the Devil from her past finally appeared.

The Devil was known for his cruelty, a heartless man who only cared for himself and no one else. He would use anyone as his pawns, however he liked. He was a selfish tyrant walking freely in the world he saw as hell.

They were two imperfect souls; one was damaged, and yet, she had a fire burning inside that refused to be put out by the iciness of the world around her, while the other was filled with complete darkness, as the world had eaten him alive with its brutality.

Simply intended to be together, their love for each other was perfectly imperfect, and out of their control.

Join Lu Mengjie on her journey to unravel the mystery of her accident and the enigma that surrounded the Devil in her memory. Their love would be tested. Lives would be lost. Love conquers all but would their love be strong enough to withstand what's coming their way?