The Crippled Bigshot’s Little Ancestor Is Too Cool 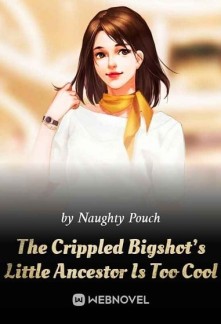 The Crippled Bigshot’s Little Ancestor Is Too Cool

He Youran grew up in the countryside. Her father did not love her, her stepmother did not love her, and her grandmother was very annoyed with her. When she was 18, her father gave her away to the handicapped Lu Qingzhuo to cancel out his bad luck. On the first day she moved into the Lu family, she fell to the ground and almost broke Lu Qingzhuo's manhood. On the fifth day after she moved into the Lu family, she ruined Lu Qingzhuo's famous painting worth ten million with a cup of coffee. On the 20th day after she moved into the Lu family, she burned down the kitchen. Lu Qingzhuo, who could not move easily, nearly choked to death from the smoke. He Youran, "I'm really sorry. As compensation, let me treat your leg, okay?" Lu Qingzhuo, "…Is this country bumpkin wife of his dumb?" The Lu family heard the news and happily waited for the Lu family to kick Youran out of the family, only to find out that things did not progress the same way they expected them to be. The best hospital in Imperial Capital, "Professor He is the best surgical professor our hospital ever has." The number one school in the world, "He Youran is the most excellent student our school has ever produced in a century." Hua Country's virology research base, "Professor He is our department's highest executive officer." The most sought-after singer in the entertainment circle, "Allow me to introduce He Youran to everyone. She's my number one composer, Lan Zhao." Everyone who knew He Youran nearly went mad. A certain handicapped man posted on Weibo: [@heyouran, baby, when are we registering our marriage?] He Youran: [Huh? Didn't we agree that our marriage is canceled?] The Lu family, "..." How did the world transform so rapidly suddenly? Setting: Female lead: Seemingly innocent and scatterbrained, but truly possessed impressive powers. She was the creme de la creme in many fields. Male lead: Silent, reticent, loyal, and sincere.