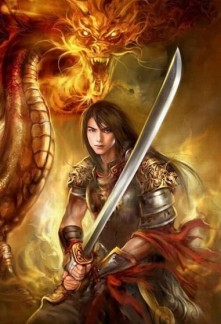 The Domain Of Gods exists!

For years, Cain searched for ways on his Modern Earth to travel to the world where beings akin to Gods roam about. Nobody believed he could do it, but Cain never gave up.

And after so many arduous years, he finally created the ritual that would transmigrate him to the Domain Of Gods!

When the ritual had actually worked, Cain should've been positively elated. He even managed to transmigrate into the body of a genuine Dragon Prince. But, there was one major problem.

Despite being the grandson of a Dargon God, he had zero cultivation for 18 years of his life!

But, instead of feeling despair or cursing his luck over such a cliche scenario, Cain welcomed this problem with a maddening smile.

Who cares if I have zero cultivation?! I will become a free reign expert no matter the means!