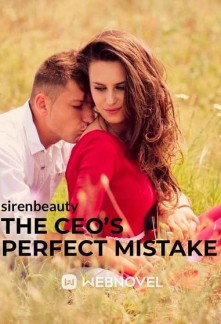 Eighteen-year-old Megan Corteza fell in love with the school’s football quarterback, Ashton Pritzgold. She has a simple beauty, but she is the number one all over senior high school students, but she lacked with one thing, and that is money which matters in their school to become famous that is why she was never on Ashton’s radar.

Ashton Priztgold is the most popular guy on campus because he got it all, intelligent, hot, handsome, and the football prodigy, and most of all, son of the filthy rich business tycoon in the country.

Megan always kept away from the rich, but one day she was shocked when Ashton approached her, and she became the envy of all the girls on campus, and her once peaceful life became chaotic because of him.

For Ashton, Megan was way out of his league because hot cheerleaders and rich girls will always chase him around, but he was on a mission to know her and couldn’t stop himself from falling in love with her. And he didn’t foresee the big mistake he had made will hurt her whole being and shattered not only her heart but her entire future.

Megan was broken-hearted and left no choice but to left her home after her high school graduation and promised herself never to forgive Ashton for what he had done to her.

Ashton is now the CEO of Pritzgold International Shipping Lines, Incorporated. After eight years, he meets Megan again, and he realized he was such a fool for hurting her because, after so many years, he realized Megan was still his one great love.

”What are you doing here, Ashton?” Megan asked angrily, and she hated herself because even if she was angry with him she can't deny he has still the same effect on her.

”To win back your heart, and claim what is rightfully mine.” He replied, and his intense gaze is driving her crazy.

"You have nothing to claim because you lose your chance eight years ago." She answered coldly.

Megan was shocked to find the man she hated the most, standing on her doorstep, who became more attractive and still wears the same smile that always melts her heart. Her first love, Ashton, can she kept her promise never to forgive him?

Can Ashton convince Megan to give him another chance, and make her believe that he is now a different man and he regretted everything he had done to her?

(Warning: Have mature contents on the later part of the story)