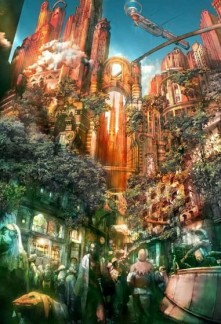 The year is 2236 and the Deep Dive Virtual Reality Massive Multiplayer Online Role Playing Game Ancients World is the most advanced game of its type ever created. Now that DDVR technology has reached the stage of commercial consumers everyone is addicted to the games available. A person who spent 5 years in the game has been reincarnated in his younger self as a request from a world item the game provided. Not everything is known about Ancients World since he only spent 5 years playing, so things will change this time around.

Many people don't really know what the game really provides till everyone with an internet connection is playing. It is the only way to survive in the coming years because of how special the world is.

Cera Adamo is a young man who is almost 20 and he is the one that found the world item that granted him one wish, something that saved his life in a last chance effort. He chose to go back into the past so he can get everything he needs for his family, he doesn't want them to be dirt poor like they once were and this is his way to secure that it never happens again.