Taming Beasts to Survive: I Can See the Prompts 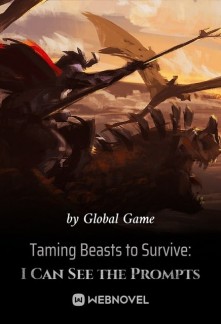 Taming Beasts to Survive: I Can See the Prompts

Seven billion humans living on the Earth time-traveled together after they had woken up one morning. They all heard a synthesized female voice.

[1. Welcome to the World of Beast Taming. You have become a Beast Tamer. You need to tame beasts, collect resources, and build your own home to live and develop in this world.]

[2. You will get a cottage and a beast egg as your initial resources. To ensure the safety of your property and yourself, don’t go too far away from your house in the first three days, during which you will be protected as newbies.]

[3. Taming wild beasts is mainly achieved by the mix of your blood. After being tamed and recognizing you as its owner, your beast will be your friend and helper. If you abuse it, its loyalty will decrease and you might get betrayed and attacked.]

[4. As you mature, you will meet many Beast Tamers just like you. You can make friends and ally with each other. But you should also watch out for others because humans are unpredictable.]

[5. There are many unknown things to be explored in this big world. But please bear in mind that you only live once.]

At this moment, Macky found he could see hidden prompts.

He could see the strengths, weaknesses, habits and characters, and evolutionary routes of all beasts.

[Small Firefox: currently LV3, with the potential to achieve the S level. Sweets lover. Its hidden evolutionary route, Three-Tailed Spiritual Fox, will be unlocked when evolution stones of water, fire, and wind are collected.]

[Gold Treasure Box: an architectural drawing of the training room for beasts.]

While others were struggling for clothes and food with their initial pet beasts, Macky was building the playground for his 100th pet beast.