Sword God in a World of Magic 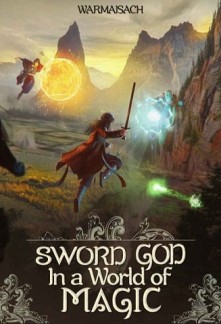 Sword God in a World of Magic

The God of this world had grown angry and frustrated yet again.

His world was supposed to entertain him!

It was supposed to be fun to watch!

Yet, every single guy in his world only practiced Magic all of the time!

This was so boring!

"I should check out that other planet. Yes, you!"

Alex was an ex-fighter trying to come to terms with normal life. Sadly, his life ended in tragedy, but before he could enter the afterlife, he was pulled away by a God that wants him to fix his world.

Watch Alex as he dominates the world of Mages and becomes the only Sword God in a World full of nothing but Mages!