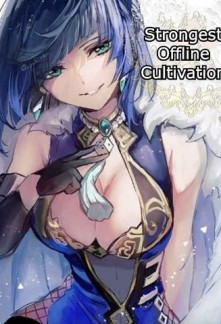 The world is filled with talented people. But, there are many who never possessed that talent. They work hard, but hard work often doesn't give them a good result.

Fu Chen was one of those. He was a mortal, without any talent for cultivation. But, with the help of an strange encounter, he inherited the Strongest Offline Cultivation.

Join Fu Chen's journey where he uses his system, not to be strong but to gain talent. Because he knows the power doesn't come without the sacrifice, so he isn't willing to use his system to gain strength.

Rather, it opened a path for him. A path where he encounters opportunities which he couldn't even dream off before.

Traveling in this path, he finally gets a chance to accomplish his dream but accomplishing his dream was just a part of a bigger goal. It was the mystery behind his system.

Where did it come from? Was he alone? Are there other people with such systems? All of these questions began to pop up in his head and he knows he must find the answers.