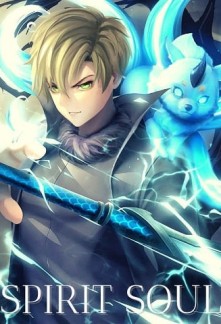 The moment the entire Universe was devoured, everything changed.

Through the enormous accumulated energy, a new, pristine and infinitely large planet emerged.

At the same time, the Souls of the Old, devoured Universe, received the opportunity to reincarnate, to change the inevitable fate of their first life!

Would the path of the youngest reincarnation, Kyle, be the same as in his first, miserable life, or would he be able to emerge out of the ashes of his past life just like a Phoenix?

Nobody knew for sure because his fate was not set in stone!

However, what Kyle knew for sure, was that he had received a God-given opportunity to change something, to finally sense and start one of the major energies of the Universe.
Finally, he could start cultivating!

Follow the youngest reincarnation of the Old Souls, Kyle, on his journey through the pristine lands of the infinitely large planet, Shima, overcoming countless obstacles on his path towards unparalleled strength, with his Spirit Soul right next to him.